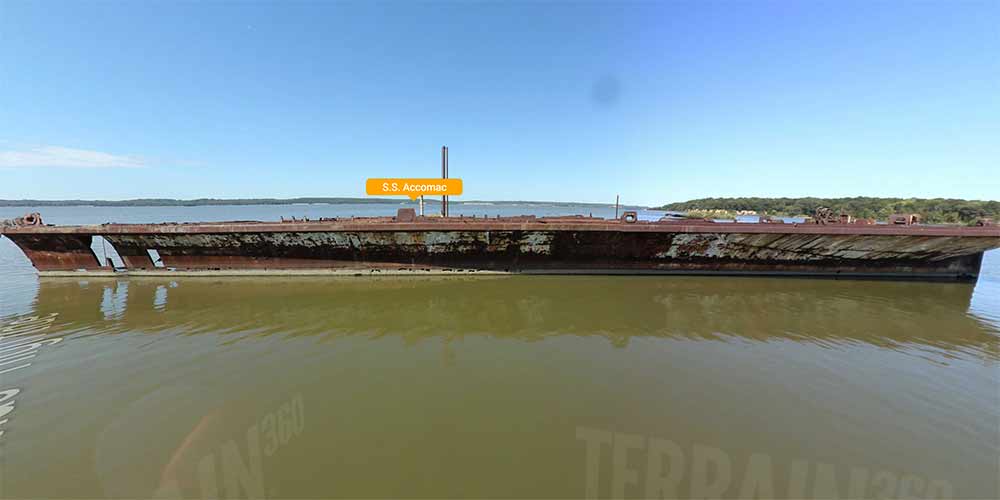 Built as the Virginia Lee in 1928 at Quincy, Massachusetts, the ship provided convoy duty and hauled strategic war materials during World War II. After the war and several owners later, it began operating as a ferryboat between Boston, Plymouth, and Provincetown. While transiting to Houston, Texas, the ship was damaged in a storm off Cape Hatteras, North Carolina. Once again, it was sold and overhauled, this time to make it capable of hauling 70 cars and 1,200 passengers. A fire in 1964, took the ship permanently out of commission, and around 1973 it was brought to Mallows Bay and abandoned.