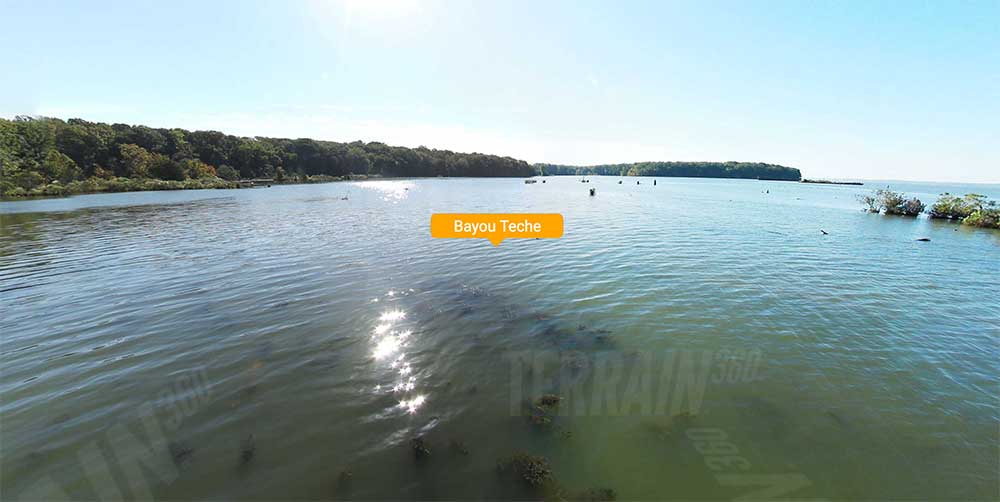 Afrania was a merchant vessel built for the U.S. Shipping Board. It made one known trans-Atlantic voyage to Rouen, France and returned in 1919 to Norfolk, Virginia. The ship burned sometime in 1926 and was brought to Mallows Bay. The ship’s present location is different from its original position, perhaps due to it drifting and later hauled nearshore and anchored to prevent future movement and from becoming a navigation obstruction. With its overgrown vegetation, the ship today offers habitat to an abundance of animals. 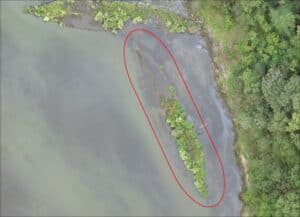 Close up of the location of Afrania highlighitng its new role as a floating ecosystem.(Matt McIntosh/NOAA) 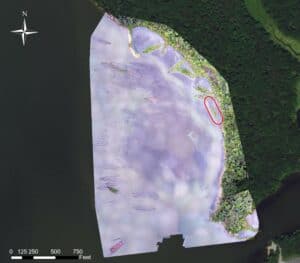 Today, Afrania rests on its keel, partially submerged with its bow facing north. The remains of the hull are wood and the ship had a screw propulsion system. The ship’s present position is different from its 1952 location indicated by aerial photographs of the transect.  It is likely that Afrania was among several vessels that may have drifted from their original anchorage. These ships were later hauled onto the nearshore and fixed in place to prevent continued migration or from becoming an obstruction to navigation. Small mounds of bricks have been observed amidships (Marx and Shomette 2015).